Mind, Self, and Society, the posthumously published volume by which George Herbert Mead is primarily known, poses acute problems of interpretation so long as scholarship does not consider the actual process of its construction.

How did behavioralism, one of the most influential approaches to the academic study of politics in the twentieth century, become so prominent so quickly?

Shell shock is perhaps the UK’s most evocative psychiatric diagnosis. With growing historical interest in the experience of being a soldier, it has come to represent the emotions of trench warfare.

During the 1984–1985 British miners’ strike and in its immediate aftermath, women activists produced a series of publications involving creative writing, which sought to communicate the strike from their own perspective.

Jan Goldstein’s study of an obscure medical case from 1820s France is both a fascinating micro-history and a revealing reflection on the practice of working with archival material.

The psychology of Antarctic explorers and groups in Antarctic bases has been much studied in recent years, and current knowledge has been summarized in a review by Palinkas and Suedenfeld (2008).

The Origins Project is an online interactive timeline populated with events significant to the development of psychology, particularly within the British context. A work in progress, more events and resources will be added to the timeline in the coming months.

A thorough review of nineteenth-century Russian psychiatry is presented, followed by a short biographical account of Kandinsky’s personal life. 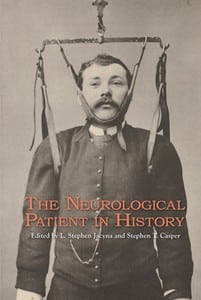 The Freud Museum, at 20 Maresfield Gardens in Hampstead, was the home of Sigmund Freud and his family when they escaped Nazi annexation of Austria in 1938.

Using a combination of brief case studies and statistical analysis of probate disputes in eighteenth-century England, this article argues for an expanded interpretation of Georgian family life—an interpretation that understands the tugs and pulls of siblinghood. In the eighteenth century, emerging ideas about social equality based on idealized siblinghood tangled with engrained family hierarchies to produce messy, constantly shifting, sibling politics.

Not many of you will know of the formation recently of a new professional association…. It is the professional Association of Canadian Social Workers, and its formation will perhaps be the first indication to many that the problems of inequalities and human relationship which arise from and live to burden our social structure have evolved a profession of social workers to meet them — a professions with a technique all its own, demanding rigorous training, and a code of ethics and standards to be lived up to. (Official announcement of the establishment of the Canadian Association of Social Workers).

We begin with a description of Oncology Social Work,(Association of Oncology Social Workers, 2001) and its role in helping cancer patients and their families. Next, important historical developments are reviewed: the birth of medical social work in hospitals in the early
20th Century;(I M Cannon, 1923) the medical improvements in the 1940’s in treating cancer, and the shift to a consumer oriented American Cancer Society pushing a greater role for the federal government in funding cancer research. Oncology Social Work came to full blossom in the 1970’s, a result of the physicians’ need for a member of the health care team who understood cancer, treatment, and the patient’s need to address their psychosocial needs.
Oncology Social Work is today a fully developed profession with its national organization that provides education and support to the oncology social workers’ use of multiple psychosocial interventions for cancer patients and their families

National Archives Podcast. This talk takes a look at the army of civil servants, temporary clerks, registrars, enumerators and others, and the part they played in this astonishing feat of organisation once a decade.

This podcast takes researchers through the various stages of the criminal justice system of the period and focusses on the various records created, from the commission of a crime, through the court processes and on to the records of punishment.

This article provides an analysis of the techniques, methods, materials, and discourses of child study observation to illuminate its role in the sociohistorical colonization of childhood.

Historians and psychiatrists have repeatedly looked to both real and imagined individuals of the past, like Achilles and Samuel Pepys, and found evidence that they were suffering from symptoms of trauma and posttraumatic stress disorder. The assumptions that allow such historical “diagnoses” have, however, recently been called into question by philosophers such as Ian Hacking, anthropologists like Allan Young and psychiatrists such as Patrick Bracken.

Executives of twelve leading national social work organizations began regular monthly meetings in 1920. Formally organized in 1923, the National Social Work Council (NSWC) held meetings and conferences until 1945 when, upon revision of its by-laws, the Council expanded its functions and became the National Social Welfare Assembly.

In the Hampstead Nursery shelter during World War II, where Anna Freud and Dorothy Burlingham observed firsthand the damage done to children by separation and lack of attachment.

Sophie van Senden Theis (left) bringing Martha to Jessie Taft (right). Also pictured are Bobby Ueland (the adopted son of Elsa Ueland, another leading social worker) and Taft’s adopted son, Everett. Sophie was the first genuine adoption professional and researcher in the history of the United States. She was best known for her pioneering outcome study, How Foster Children Turn Out, published in 1924, in which Theis documented what had become of 910 children placed in homes by the New York State Charities Aid Association between 1898 and 1922. It was the first large-scale inquiry of its kind, became the prototype for many later outcome studies, and is still cited as a landmark in the history of adoption research.

British youth migrants being taught how to ring bark a tree at the Salvation Army Training Farm for Boys at Riverview, Queensland.

Poster for Federal Theatre Project presentation of “The Sun Rises in the West” at the Mayan Theatre, showing a plow among weeds and a dilapidated farm building.

She tried teaching, furniture design, and social work, but nothing truly stuck – until she discovered the women’s suffrage movement.

Poster shows a young woman holding books and a young man holding machine parts, with factories and city skyline below

During the First World War, a tension developed between “social hygiene” reformers, who condemned illicit sexual behavior and emphasized education as the key to fighting venereal diseases, and more pragmatic medical officers who promoted prophylactic stations for the treatment of venereal diseases on military bases. This 1918 poster illustrates a common message promoted by social hygienists, who worked vigorously to close down red-light districts in American cities and to educate soldiers about refraining from sexual activity.