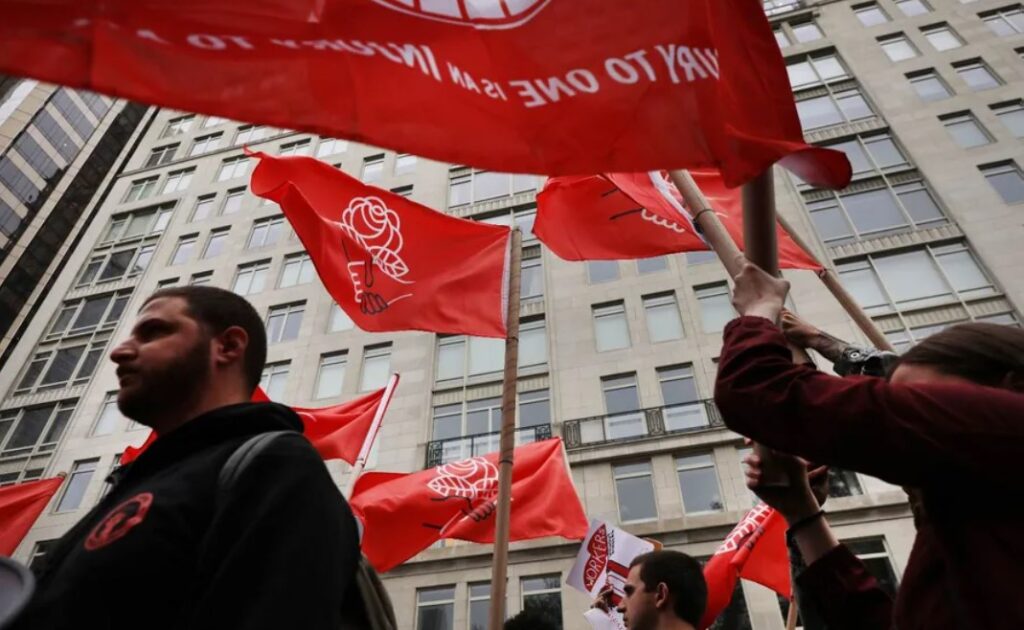 Of course, the young left was already largely dissatisfied with the Democratic Party before Biden, but it took activists and organizers across the country to make these initial accomplishments possible. Much of this work started during Senator Bernie Sanders’s presidential campaigns, when many groups used the senator’s outsider status and platform to advance their own—such as the Democratic Socialists of America, which has seen record growth to 90,000 members strong.  Above: Members of the Democratic Socialists of America gather outside of a Trump-owned building