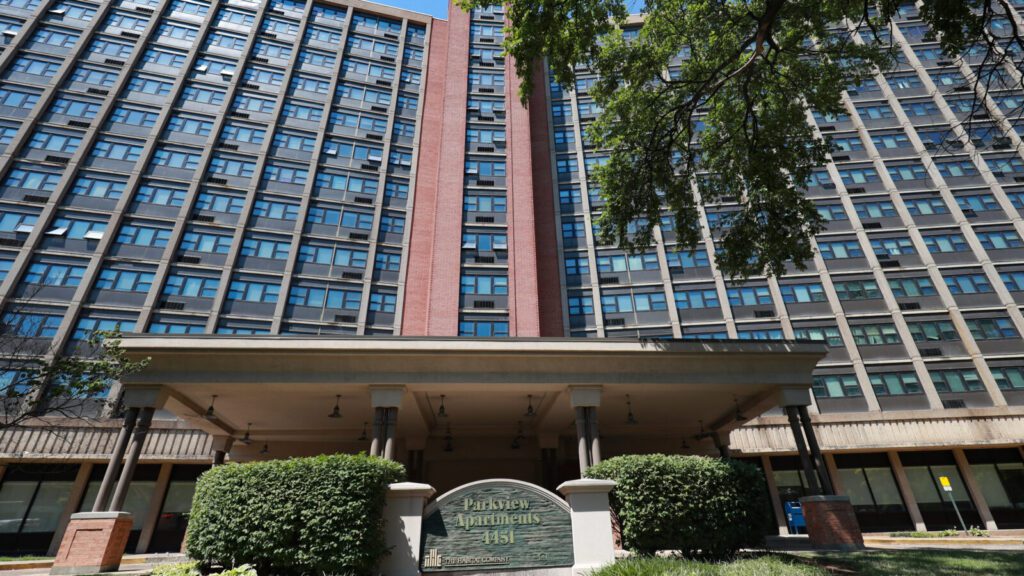 The calls for help poured in throughout the day: Overdose after overdose at the Parkview Apartments here, a double-winged complex with red brick capping the ends. Six people died that day this past February, five in this building and one at another apartment half a block away. Two others survived their overdoses, according to police. Two days later, on Feb. 7, two more people fatally overdosed at this 295-unit tower, which sits at the edge of a medical campus featuring some of the city’s top hospitals.