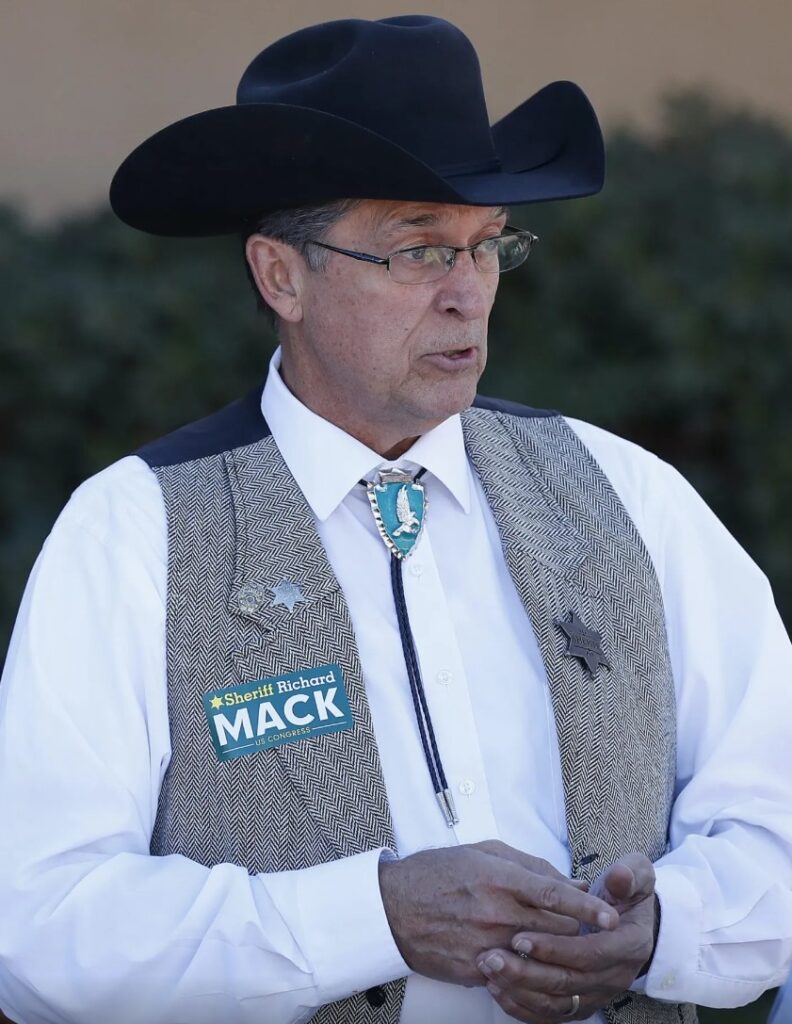 Richard Mack (above) leads a network of sheriffs across the country – the so-called constitutional sheriffs movement – who believe their powers supersede those of the president and the Supreme Court. Under his leadership, they’ve embraced the false narrative that the 2020 election was stolen from former President Donald Trump and are pledging to use their positions to do something about it.