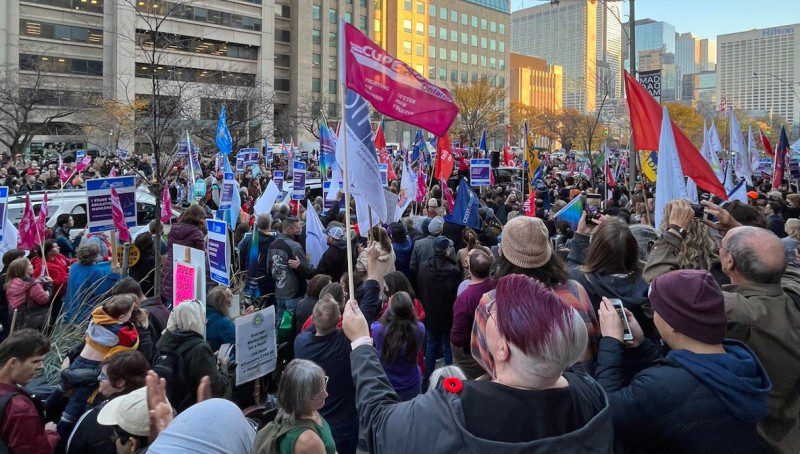 On November 2, Ontario’s Progressive Conservative government passed a bill to ban 55,000 education workers from striking after mediation between the province and the Canadian Union of Public Employees (CUPE) failed to reach a deal. The Ford government employed a double-pronged negotiating tactic using a (rotten) carrot and big stick, with a bad offer on the one hand, and the notwithstanding clause to overrule the illegality of anti-strike legislation on the other. Above: Supporters of education workers demonstrate in Toronto, Nov 1.