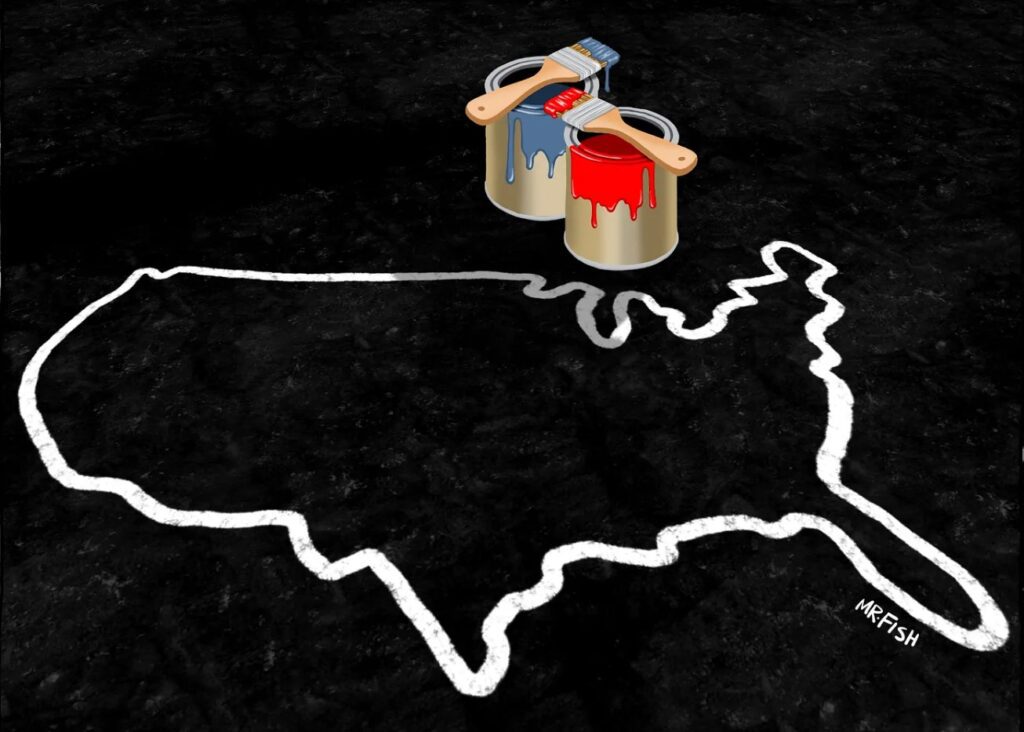 The bipartisan project of dismantling our democracy, which took place over the last few decades on behalf of corporations and the rich, has left only the outward shell of democracy. The courts, legislative bodies, the executive branch and the media, including public broadcasting, are captive to corporate power. There is no institution left that can be considered authentically democratic. The corporate coup d’état is over. They won. We lost.

The wreckage of this neoliberal project is appalling: endless and futile wars to enrich a military-industrial-complex that bleeds the U.S. Treasury of half of all discretionary spending; deindustrialization that has turned U.S. cities into decayed ruins; the slashing and privatization of social programs, including education, utility services and health care – which saw over one million Americans account for one-fifth of global deaths from Covid, although we are 4 percent of the world’s population; draconian forms of social control embodied in militarized police, functioning as lethal armies of occupation in poor urban areas; the largest prison system in the world; a virtual tax boycott by the richest individuals and corporations; money-saturated elections that perpetuate our system of legalized bribery; and the most intrusive state surveillance of the citizenry in our history.