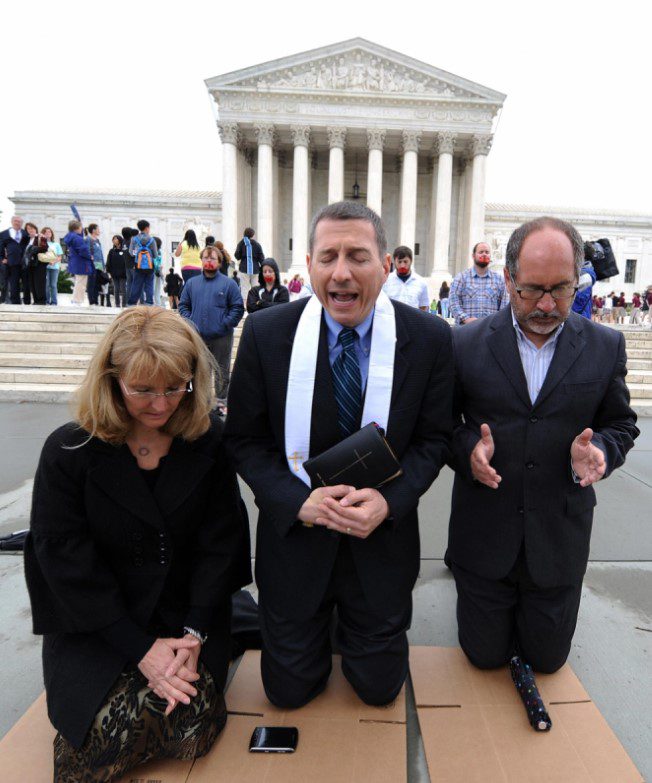 Peggy Nienaber, left, the vice president of the Faith & Liberty evangelical group, prays outside the Supreme Court in 2009. Next to her is the Rev. Rob Schenck. . . .  Schenck, who launched the ministry under the name Faith and Action in the Nation’s Capital, described how the organization forged ministry relationships with Samuel Alito, Clarence Thomas, and the late Antonin Scalia, saying he would pray with them inside the high court. Still think Christian Nationalism isn’t a serious threat?