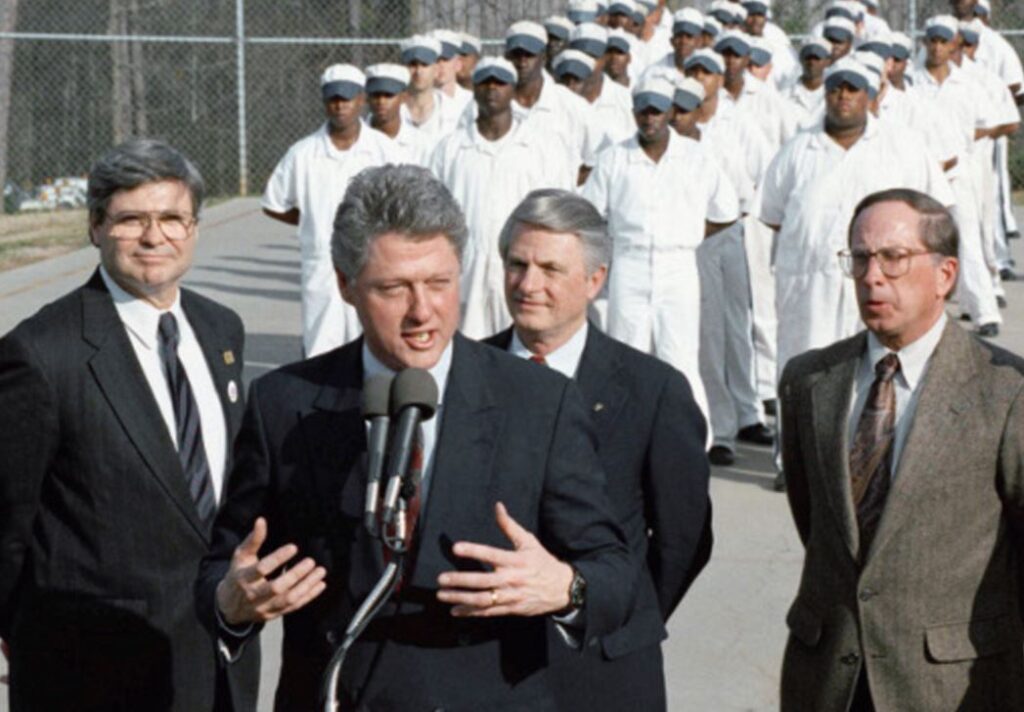 The Violent Crime Control and Law Enforcement Act, signed by Clinton in 1994, was perhaps one of the harshest laws in the history of the country….  It allocated nearly $10 billion for the construction of new prisons, expanded the number of death-penalty eligible federal crimes from two to fifty-eight, eliminated a statute that prohibited the execution of mentally incapacitated defendants, created special deportation courts for noncitizens accused of “engaging in terrorist activity,” added new mechanisms for tracking sex offenders after they had served their sentences, introduced a “three strikes” law that gave mandatory life sentences for third offenses, gave $10.8 billion dollars to local police departments to hire one hundred thousand new officers, introduced “truth in sentencing” requirements and allowed children as young as thirteen to be tried as adults.