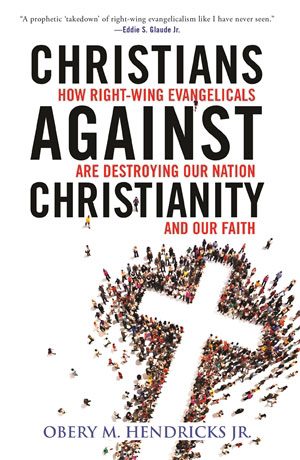 Today’s right-wing Evangelical Christianity stands as the very antithesis of the message of Jesus Christ. In his new book, Christians Against Christianity, best-selling author and religious scholar Obery M. Hendricks Jr. challenges right-wing evangelicals on the terrain of their own religious claims, exposing the falsehoods, contradictions, and misuses of the Bible that are embedded in their rabid homophobia, their poorly veiled racism and demonizing of immigrants and Muslims, and their ungodly alliance with big business against the interests of American workers.