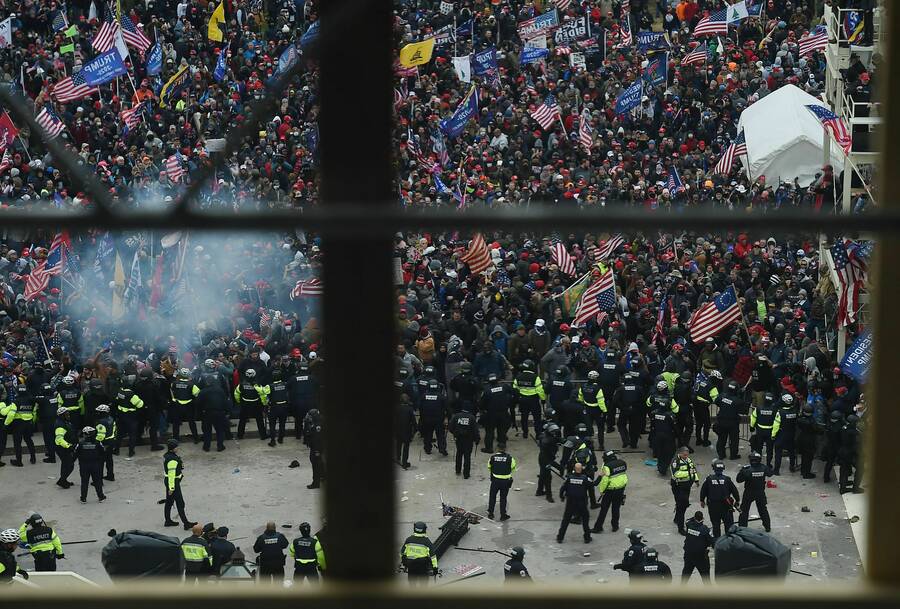 In These Times | O Douliery/AFP/Getty

For decades, the voter-suppression wing of the Republican Party (perhaps a distinction without a difference?) has promoted myths about voter fraud. These falsehoods are then deployed to push so-called election reform, such as enacting legislation that suppresses voters (rather than enfranchises them) in Black and marginalized communities.